From the First Word to Hitting Publish:
A Step-by-Step Plan on How to Indie Publish 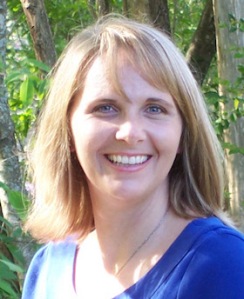 Deanna is a native Californian. After spending five years traveling in an RV, she and her husband moved into an adorable cottage in a small  town outside of New Orleans. After about six months, Deanna was convinced their 1907 home was haunted. Late at night as she penned Haunted on Bourbon Street, she often heard footsteps throughout the old house. Luckily, the spirit appears to be harmless, as he/she has never done more than make a little noise and possibly smoke a few cigars. However, if the ghost ever shows up in a dream, you’ll be the first to hear of it. Smudge stick anyone?

When she isn’t writing, she is often goofing off with her husband in New Orleans, playing with her two shih tzu dogs, and making glass beads.

January 18th: Members Only Business Meeting at 12:15. The library will present “The Art of the Audiobook” with Michael Ziants at 9:30 and “Creating Characters With Depth” with Stephen Rea at 11:00.

February 16th – Deanna Chase: From the First Word to Hitting Publish: A Step by Step Plan on How to Successfully Indie Publish

April 20th – Marie Breaux: What You Don’t Clear Might Bite You: The Author’s Warranty of Right to Publish