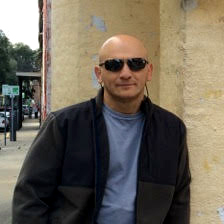 In this presentation, BJ Bourg will speak about self-publishing, marketing, and the strategy that led him to become an Amazon best-selling author in the United States, Canada, Australia, and the United Kingdom. Not only will he detail his journey from a non-published author to being traditionally published, but he’ll also explain what led him to start self-publishing, why he no longer pursues traditional publishing, and what marketing strategies were a waste of his time. Additionally, he’ll share his actual historical sales figures and the step-by-step process he went through to earn six figures in fourteen months as an unknown author.

Bio:
BJ Bourg is an award-winning mystery writer and former professional boxer who hails from the swamps of Louisiana. Dubbed the “real deal” by other mystery writers, he has spent his entire adult life solving crimes as a patrol cop, detective sergeant, and chief investigator for a district attorney’s office. Not only does he know his way around crime scenes, interrogations, and courtrooms, but he also served as a police sniper commander (earning the title of “Top Shooter” at an FBI sniper school) and a police academy instructor.

BJ is the author of the London Carter mystery series and the Clint Wolf mystery series. When not writing, he can be found exercising, spending time with his beautiful wife and wonderful children, or hanging out with his German shepherd, Kristof.

September 19th: Meeting will be VIRTUAL. See the member’s only page for meeting access information. The information is also sent monthly the week before the meeting to all newsletter subscribers.

February 16th – Deanna Chase: From the First Word to Hitting Publish: A Step by Step Plan on How to Successfully Indie Publish

April 20th – Marie Breaux: What You Don’t Clear Might Bite You: The Author’s Warranty of Right to Publish